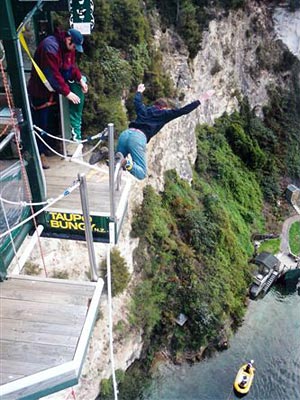 When Adrian Thomas moved to New Zealand, it was more by chance than design.

He was working for former Olympic and World eventing champion Blythe Tait in Cheltenham when he was offered a four-month job on North Island. It was a temporary position but, after immersing himself in the area’s attractions, he ended up staying there for three years.

“The weather’s great, of course, and the people are friendly, but what impressed me was their have-a-go attitude,” said Adrian, 29, who helps his mother, Doris Wolters, run Aberconwy Equestrian Centre, Conwy.

“New Zealanders invented most of the extreme sports, which shows their willingness to have a crack at anything.”

After working as a groom, he took a job at Auckland Airport loading racehorses and eventers on and off planes. But, just as he was in sight of permanent residency, he decided to return home.

“New Zealand is a wonderful country but it’s not too dissimilar geographically from North Wales,” he said. “My earnings were erratic and I was reaching an age where I needed to build something more solid. So my mother offered me the chance to return home and join the family business.”

As a qualified riding instructor, he teaches at AEC’s riding school and recently opened the AEC tack shop.

He added: “When I bought my flight ticket home, I was genuinely depressed, but only for about a day. Now I’m not at all tempted to go back, except perhaps for a holiday.”